The Covadonga lakes were the second highlight of our motor home tour to the Picos and we chose to base ourselves at:

Though this was a very pleasant site, situated in a valley, just off the main road, it was nowhere near Covadonga,not a problem if you have a car but we needed to use our motorhome

After a pleasant walk in the surrounding area, the next day undeterred, we set off for Covadonga and the first thing you are confronted with is the massive cathedral., which dates from the early 20th century. 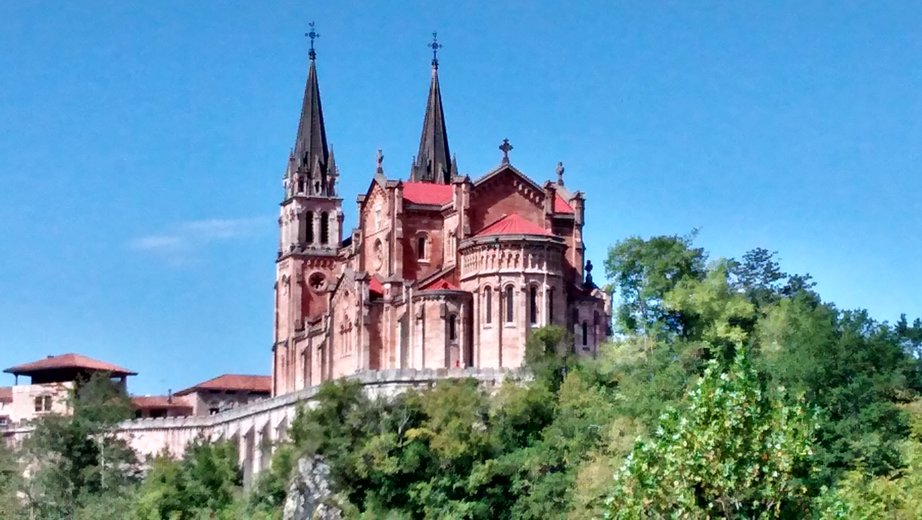 Its significance relates to an early christian victory over the moors in the 8th century by a guy called Pelayo and the subsequent establishment of the kingdom of Asturia and the belief that it was owed to a statue of the Virgin Mary, hence the shrine that was to arise in the town dedicated to ‘Our Lady of Covadonga’. The original shrine was burned down and hence the subsequent basilica, after interim rebuilding attempts,even though  now the statue  dates back to the 16th century but that is a mere detail.

The real attraction was, however, the Covadonga lakes and after a quick check in the tourist office, who assured me that it would be possible to drive up to the lakes in a motor home.

Our advice is that unless you are in a compact motor home then do not do it. It all started off well but the road soon narrowed and it was very busy, perhaps in part because the road had been used as a stage for the ‘vuelta’ cycling a few days before. Also parking was limited at the top so all in all a very stressful experience. It also tended to bring out the worst in the latin driver temperament as they were totally oblivious to the more limited manoeuvrability of the motor home and I was not as big as a bus. 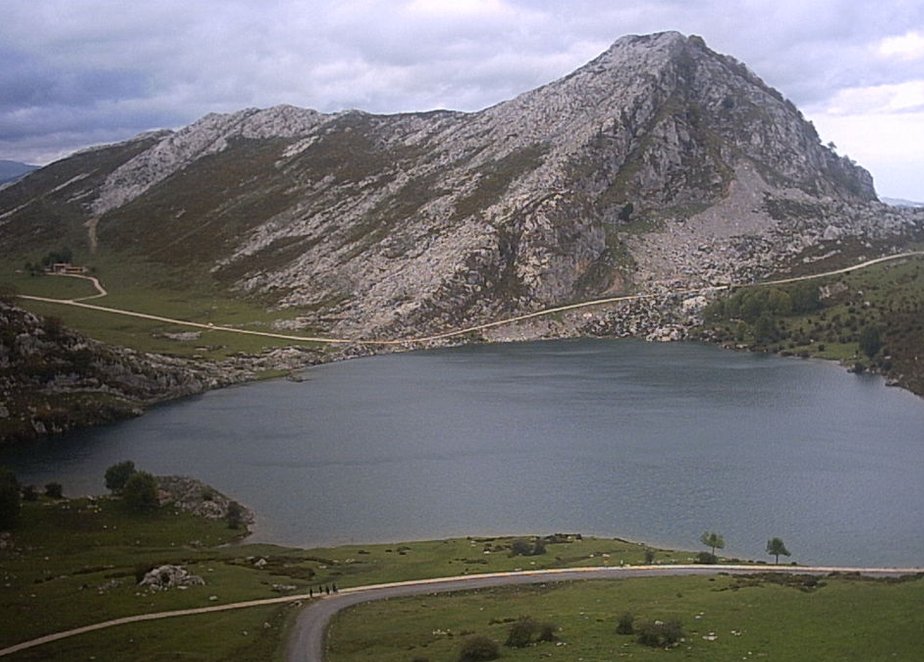 Lunch half way down, enjoying the delicious anchovies in garlic and herbs, which we had been given the previous day, with fresh bread helped reduce stress levels and it  is amazing how simple good quality food can be so tasty. 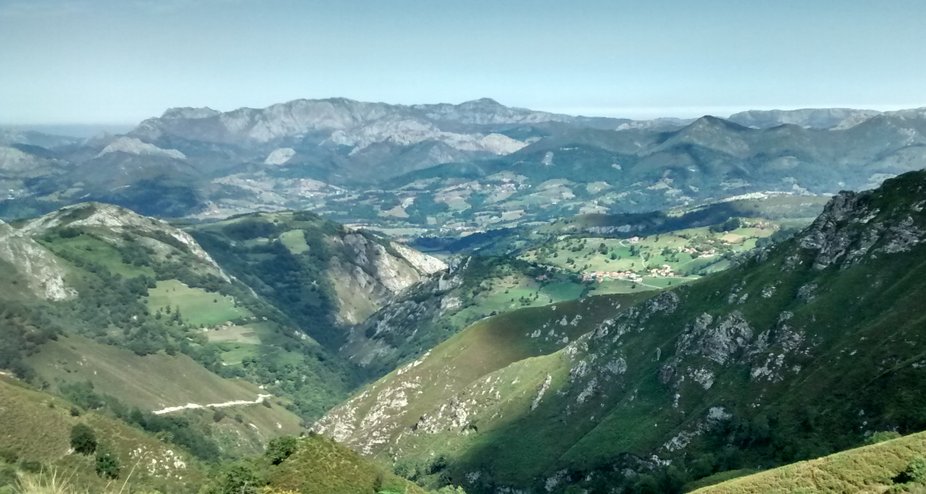