The plan of action was to overnight with the motor home and  cycle this part of the Loire à Vélo on our return from Lanquedoc and spend a few days  exploring before catching the ferry from Calais.

There is an ACSI  camping card site on the banks of the Loire at Nevers, which is very convenient for the centre but unfortunately this site was closed in mid October.

We called into the ACSI site at Fourchambault, Camping de La Loire, just down the road and the description re basic toilet facilities was correct but it is a pleasant parkland setting and has a motor home service point and the reception was superb and it was cheap.

The description of the site on the banks of the Loire was misleading as there did not seem to be any direct access to the river, though it was chucking it down when we arrived, which did not facilitate much adventure.

The town itself is not worth rushing to see but it has its normal supermarkets on the edge of town for supplies and diesel.

The next day was bleak but it had stopped raining so we donned waterproofs and gloves and turned left out of the campsite towards the river . We crossed the river, turned left  and basically followed our noses.

The ride follows the river before picking up the levees and eventually after a short distance  you pick up the Canal Latéral à La Loire. You follow this before returning to the river and by now the sunshine had returned on  cue, before we had  to pick up the canal again and a very impressive aqueduct across the river Allier. 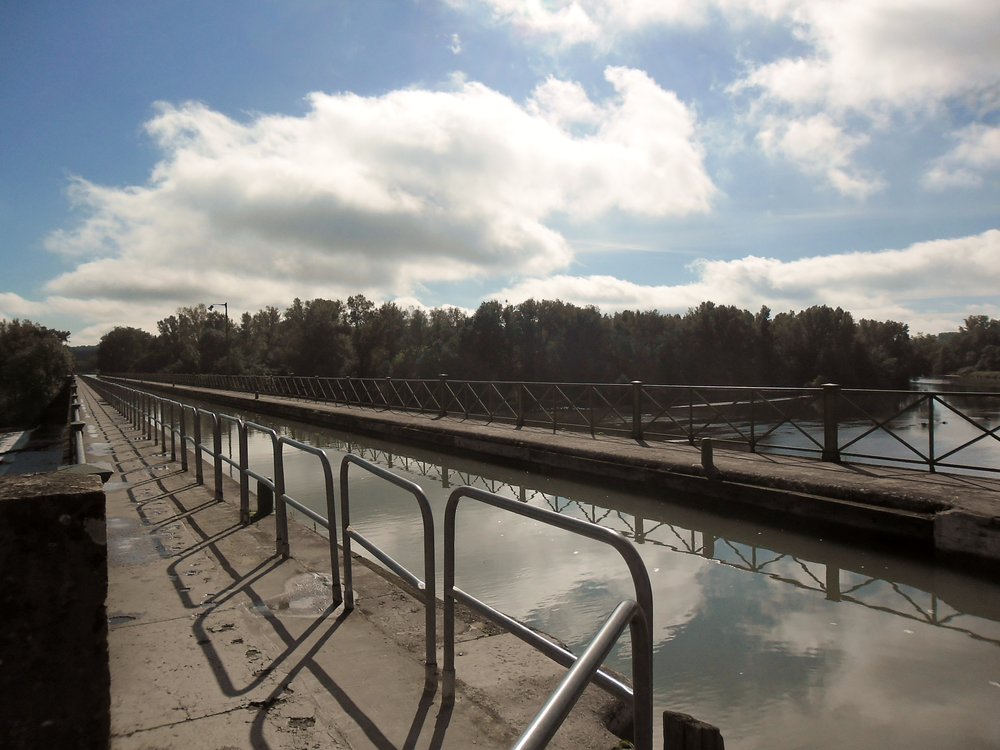 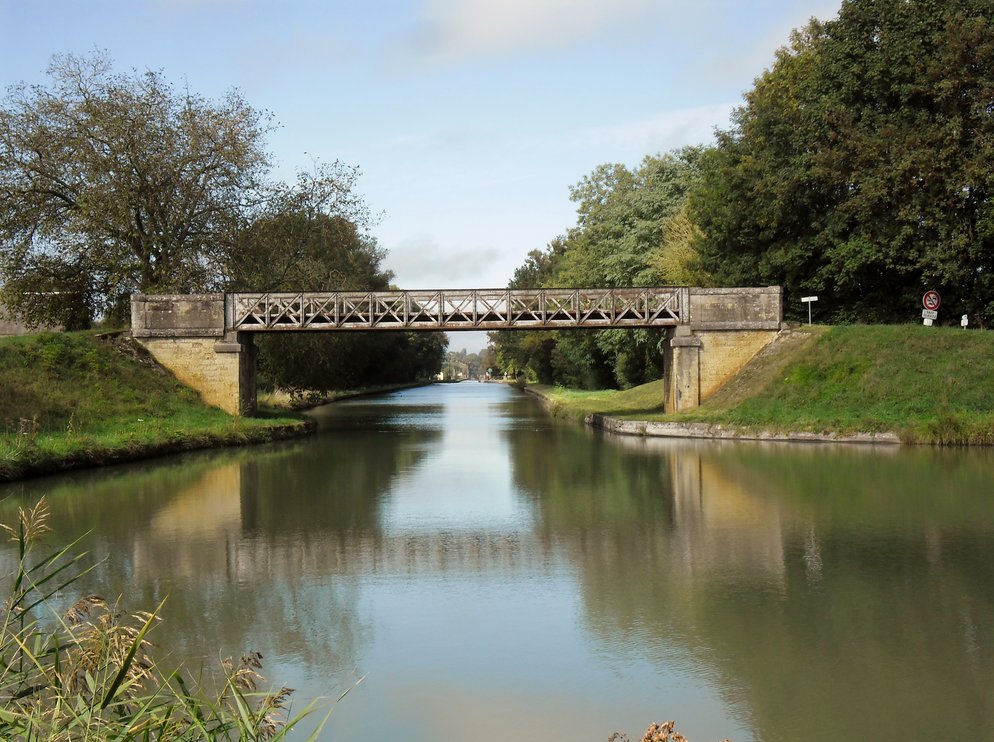 Looking back up the canal to the aqueduct.

We continued along the canal, stopping for a picnic lunch on the way, just as our first problem arose. Julia had a puncture in her front tyre  but luckily a kind French cyclist came to our aid . My puncture repair self adhesive patches had seen better days and I had used my last inner tube the day before at Marseillan. Luckily the French guy had the old fashioned  glue and patch which did the trick and boy do I need to buy a new pump.

You continue along the canal before you turn left and take the branch that leads into Nevers , when disaster number 2 struck, a puncture in my front tyre. Could I find it, could I heck ,so we continued into the town. 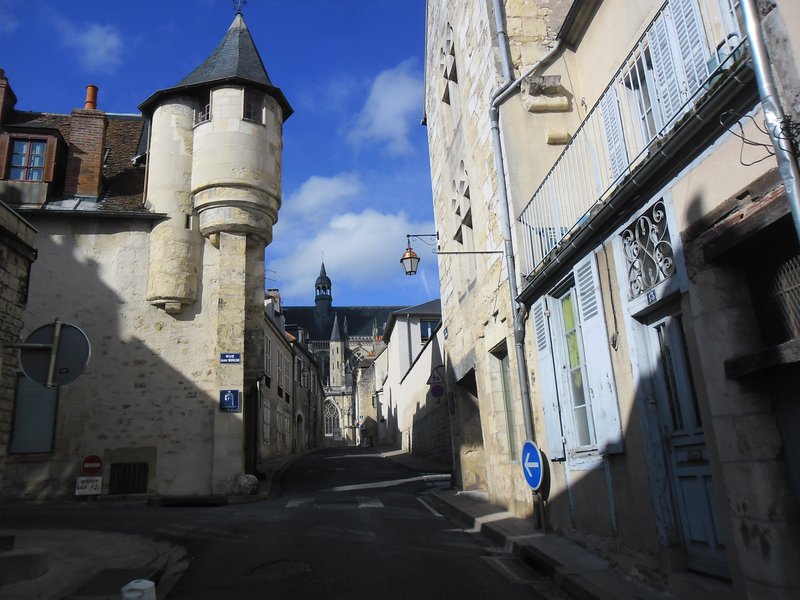 This is also where my love affair with the French  and the fact that the shops do not open on Sunday was tested. All I wanted was a new inner tube.

The town of Nevers is not unattractive though with the thought of having to walk back to Fourchambault it somewhat dented my enthusiasm. Also it was not possible to take the 20km pretty route back to the site. Discretion played the better part of valour and as we headed down the main road I suddenly had a brain wave. One last chance  to find this puncture. I had a tupperware container used for my sandwiches and water and hey ho it was easy to detect that little hole and then to repair it and we were on our way back to the site, which took next to no time on the main road, most of which was offroad but sadly not as attractive as the canal route but less prone to punctures from the cut vegetation..

A few twitter requests and  thanks to Bob Clewley  and  Phil at Izzyminx for recommending Slime, as an alternative to that Tupperware container.