The Loire a Velo is a designated cycle route which follows the Loire valley from the coast at St Nazaire in the west to say Nevers in the east.

There are specialist holiday companies that do cycle tours along the route, such as

What we wanted to do, combined with the Chateaux a Velo rides was to find some routes which were clsoe to the river. We concentrated on two areas, on the town of Gien, east of Orleans and Saumur in the west.

This is a pleasant town along the banks of the Loire and we based ourselves at the Kawan site, Les Bois du Bardelet, and is all you would expect from a large commercial site. We actually went to this site in peak season and though busy it did not appear to be overwhelming and you can pick up pitches for £22 at the moment which compares very favourably with UK sites in peak season.

It is also worth remembering that the peak season in France is quite short, running from mid July to just after mid August so by the time you reach the last week in August it is beginning to quiten down.

The only disadavantage of the site is that it was a few kilometres from the river and Gien, though it was easily cyclable and you could avoid the main road.

There were also some pleasant cycle routes in the surrounding country lanes.

A more central site, within walking distance of the town and on the river bank, is Camping Touriistque de Gien.

There was also an aire, just outside of town, going east on the riverbank, which surprisingly was not that busy.

There is a very pleasant cycle ride along the banks of the Loire from Gien to the acquaduct at Briare.

Once you arrive at Briare you can cycle to your hearts content along the canal. 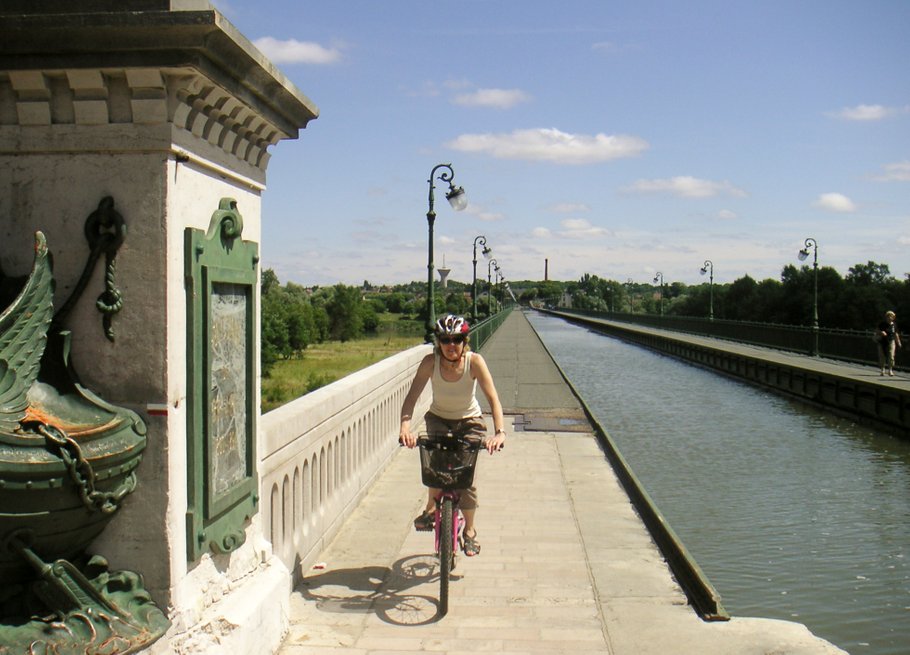 The Briare acquaduct which carries the canal lateral a la Loire, over the Loire, is a classical structure and is elegance personified, particularly on a sunny day and to make it even better there is a superb ice cream cafe at the end of it.

The acquaduct, at nearly 700 metres long, is the 2nd largest steel acquaduct in the world and was completed in 1896.

There is a campsite at Briare which I have heard good reports about and very good value, it will not be all singing and dancing but a great location, right next to the canal, which provides great cycling opporunities.

With its chateau dominating the town,this is a perfect base for a couple of days.

We initially stayed at the camping cheque site, Camping Ile d'Offard, which is set on an island in the middle of the Loire, within easy walking distance of the town.

It is an excellent location for the town and there are some excellent restaurants in the Rue Marche, we celebrated our wedding anniversary at the Grand Bleu, which specialises in seafood. There is also the Auberge St Pierre and La Forge which come recommended.

There is cycling along both banks of the river. 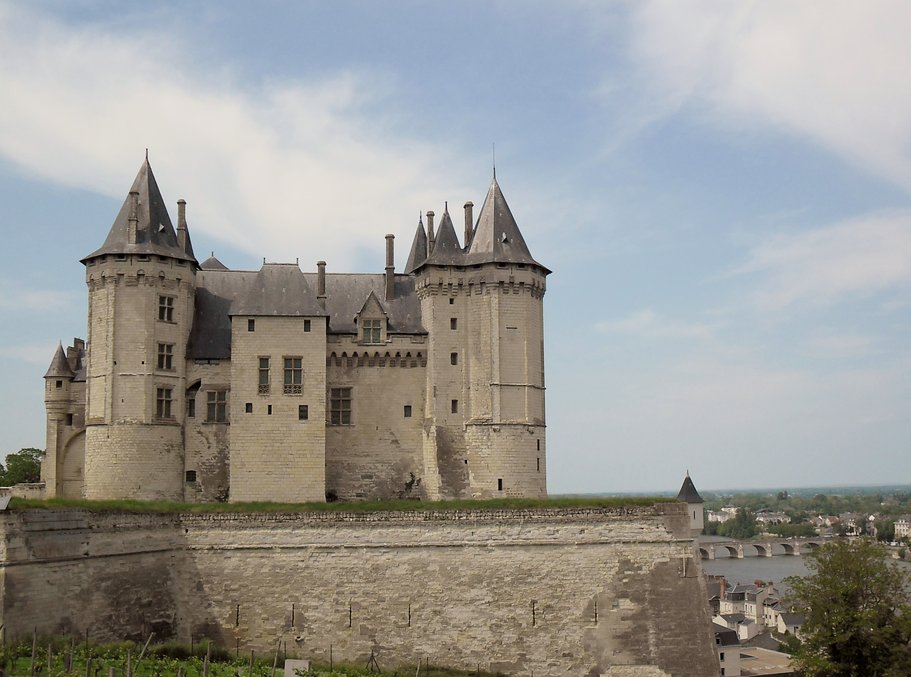 The chateau at Saumur.

We had nothing against the site in Saumur but we discovered an idyllic location, just 10 minutes up the road in the village of St Martin de la Place, a quasi municipal, La Croix Rouge and we were able to pitch up with stunning views of the Loire, all for 14 euros.

There is also a superb cycle ride along the banks of the river up to Gennes. 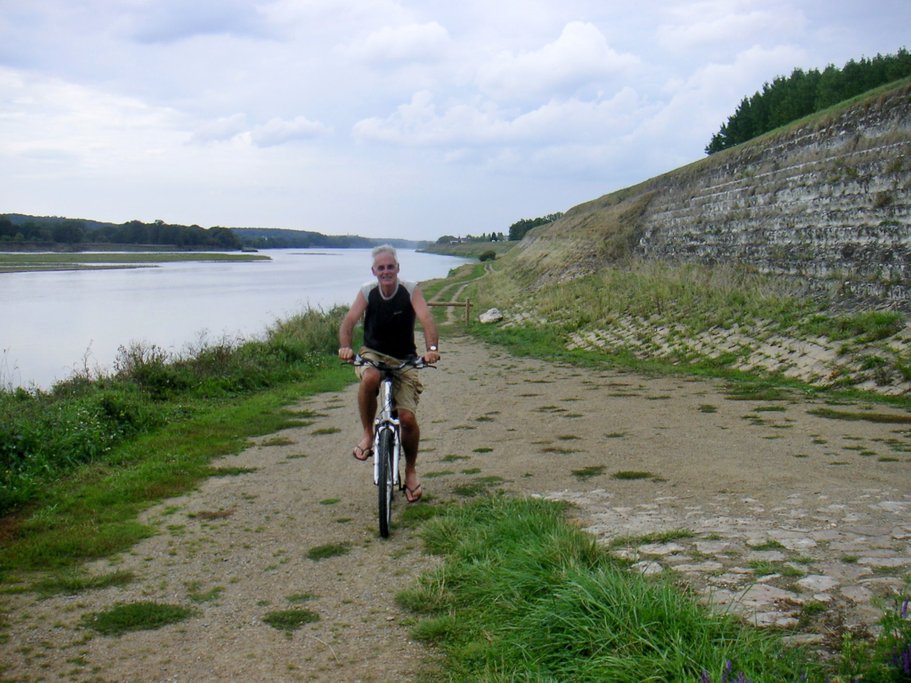 This was the location for our final stop, a very beautiful village on the banks of the Loire and no surprise in this part of the world a dominant feature is its chateau.

Its neighbouring village Candes St Martin,which is at the confluence of the Vienne and Loire, is equally delightful and has an absolutely massive church.

It  also has a superb restaurant just below the church.

We stayed at the camping cheque site, a Kawan site, L'Isle Verte which is not too big, is well equippedwith a motorhome service point and a number of pitches overlooking the river.

There is a cycle route from the village to Saumur, about 8 miles, though we chose to walk, taking lunch at Saumur.

On the way back the bus became very attractive but best laid plans?

Whilst waiting for the bus at Parnay a car came shuddering to a halt and a distraught lady beckoned to see if I could change her wheel, as her tyre was shredded.

With a combination of basic french and signs we negotiated a lift back to Montsoreau, after I had changed the wheel. A great example of Anglo French cooperation. 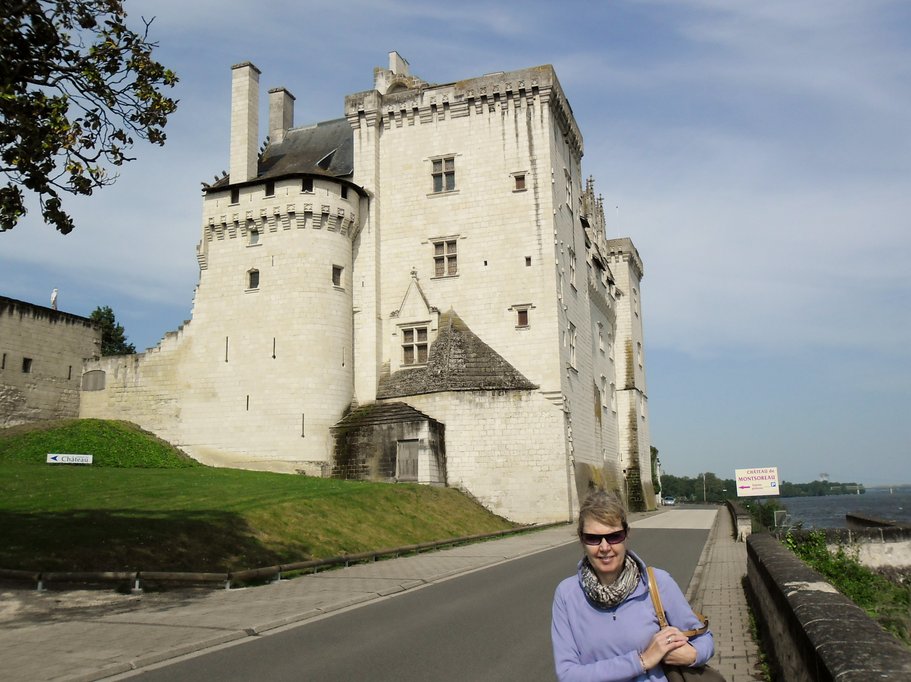 Julia looking relaxed in front of the chateau at Montsoreau, did I agree to cook dinner that night??

For history buffs it is possible to cycle to the Abbaye de Fontevraud, it is only about 7-8 miles on quiet roads but also bear in mind, that French motorists treat their cyclists with much more respect than their British counterparts.

The abbey is definitely worth a visit, particularly bearing in mind that after the French Revolution the abbey was used as a prison. It has since undergone considerable restoration.

It is famous for having the graves and effigies of Henry 2nd of England, his wife Eleanor of Acquitaine, Richard the Lionheart and Isabelle of Angouleme, who was the wife of King John, Richard's brother. 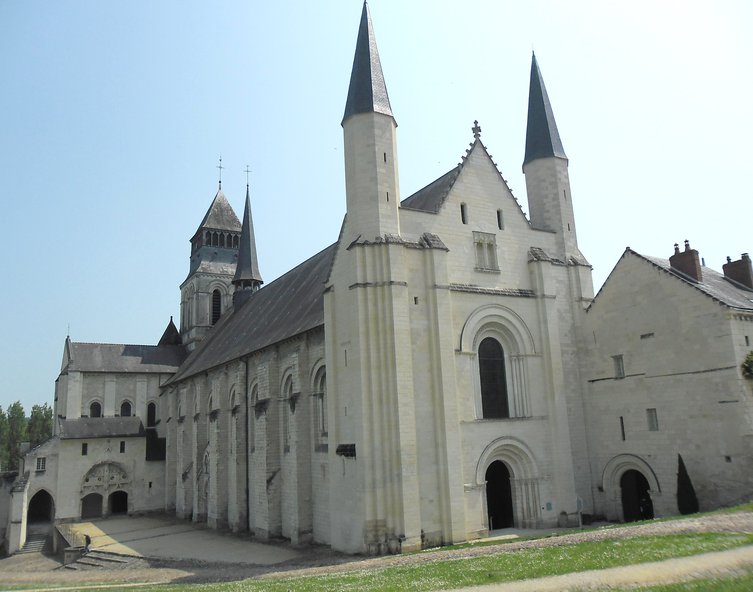 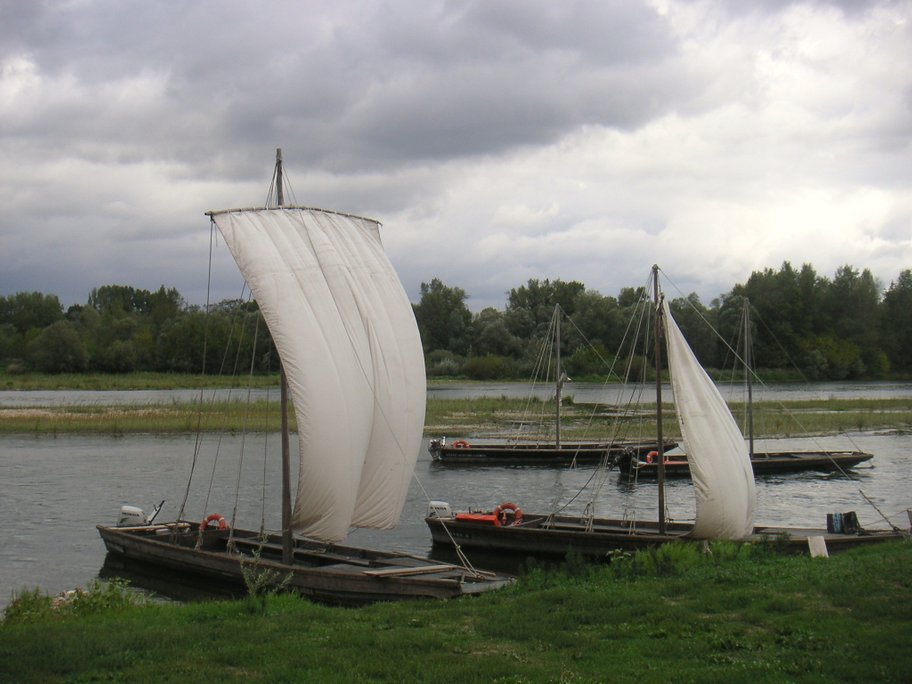 Barges on the Loire - perhaps not too traditional as you can see the outboard motors.

You can hire these barges.