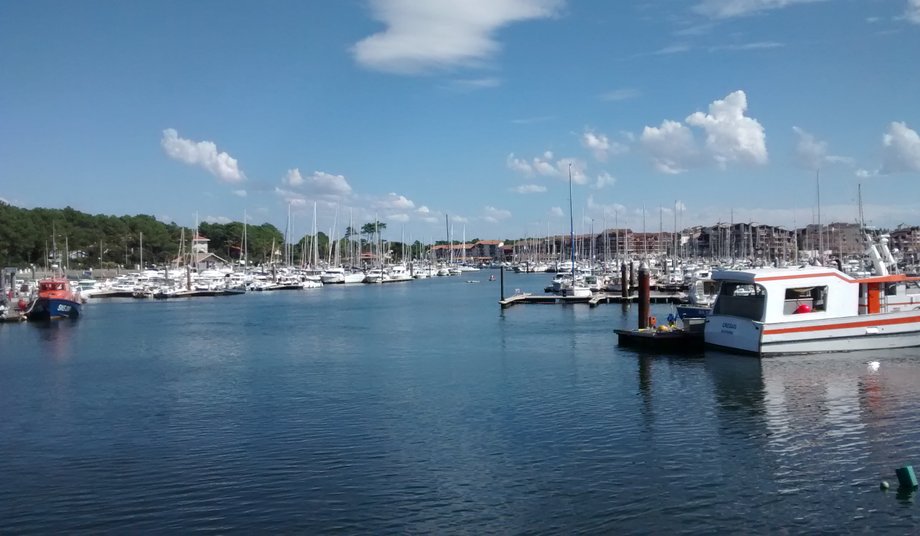 Bayonne is about a 27 mile round trip in the opposite direction and it is off road until you reach Tarnos, before you follow residential roads, which avoid the main industrial area, until you reach Boucau. The final mile and a half follows a busy road until you reach the cycle lanes of the town besides the river. There are plans to close this gap in the cycle route. Cycling around the town proved  no problem at all. 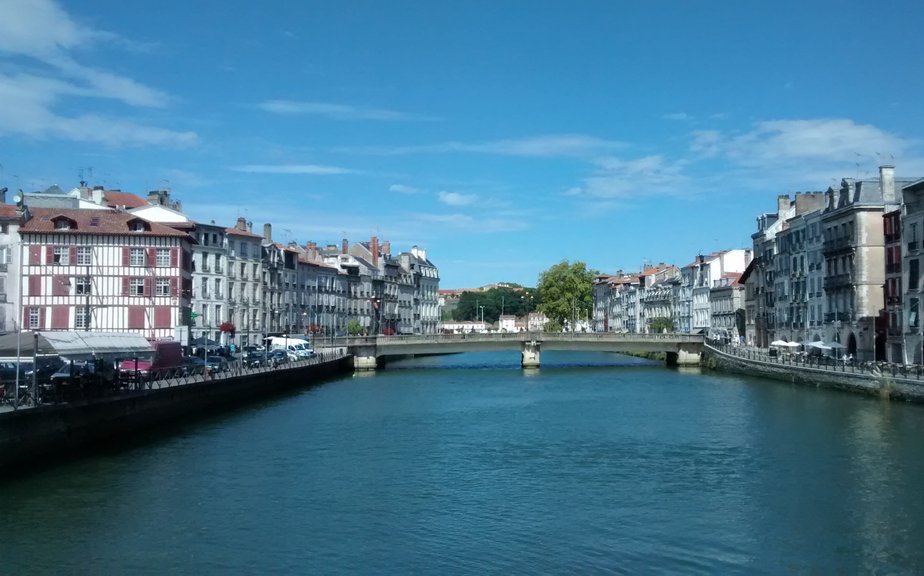 Bayonne, capital of the Basque region, famous for its chocolate and cured ham lies at the confluence of the Nive and Adour rivers and the former divides the town into Grand Bayonne and Petit Bayonne backed by the walls of the French military architect Vauban.

The town is incredibly picturesque and the old parts with many timber framed buildings are just a delight to walk through. The French are superb at restoring and maintaining their medieval towns.

The Cathédrale Sainte-Marie is a magnificent and elegant Gothic building dominating the surrounding houses and with  the Bishop’s palace opposite  signifies the importance of this once religious centre. The cloisters are worth a visit and the interior is magnificent. 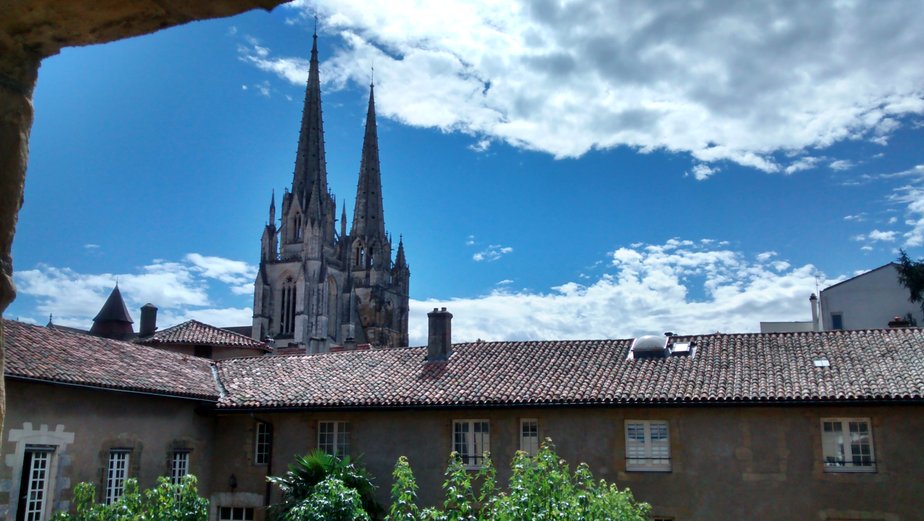 The cathedral from the Château Vieux, base for the governors of the city, one of which was the the English Black Prince which is a reminder that this area was once under English rule, forming part of Aquitaine though in reality the Plantagent Kings were more French than English.

Though occupied by the military it was possible to visit. 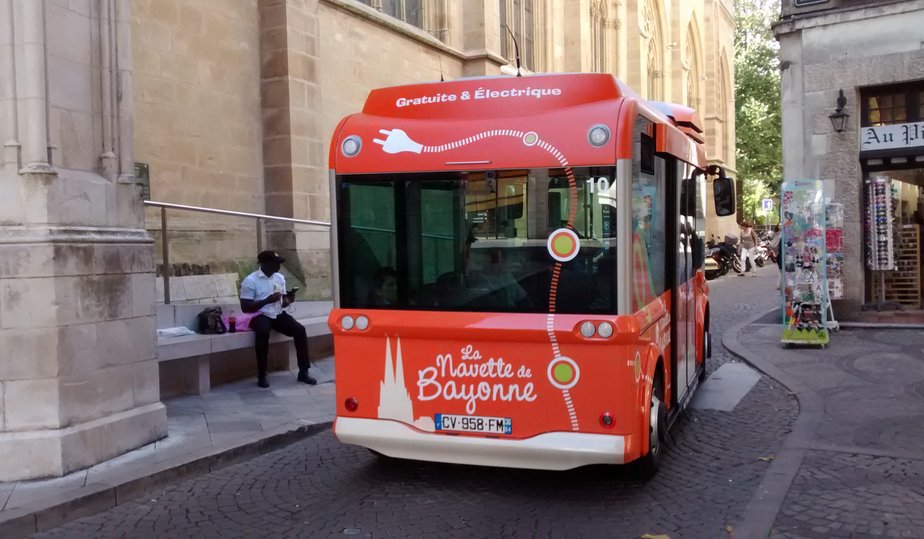 A more modern take on the City, the authorities have tried to reduce the amount of traffic by introducing these very cute little electric buses, which are free to use and which are at the same time  reducing pollution.

Now it was time to get the bikes out as we followed the Cote d’Argent northwards, endless beaches, crashing surf, pine forests and more importantly easy level cycling, the vast majority of which follows traffic free routes. It seems there is nothing between Bayonne to the south and Bordeaux to the north but sand.

For the next stage of our trip we based ourselves at Yelloh Village Camping Sylvamar at Labenne Ocean, again another ACSI site. I was a little apprehensive about using another large commercial site after visiting Yelloh Ilbaritz but the experience was a total contrast. We were back to normal experience of go and choose your pitch and come back but to be fair this was because the site is so much bigger and more geared to tourers.

The pitches were large with water and drainage on site in a very attractive mixed woodland setting and we found a very peaceful pitch but we were warned that at the weekend the Spanish were coming and on cue they arrived, as one would expect from the Spanish, rather noisily but very good natured. You could hardly blame the families for coming to this site, the pool complex was first class  and the sanitary facilities excellent. So if you want tranquillity here then you need to avoid the weekends and of course peak periods..

The big plus is that it is only a few minutes by bike before you pick up the cycle path.

Cap Breton if you turn right is only about 6 miles and next door is its spruced up neighbour Hossegor and though the latter has the chique shopping area it does not have the attractive port area or sea esplanade that is bequeathed to Cap Breton.

We had lunch at  Les Terrasses with its big attraction being its superb terrace overlooking the sea but get there early. Lunch at 15 euros represents good value though I am increasingly finding that some French restaurants have lost their edge. You could not fault the main fresh fish dish but the starter used commercial packaged fish which is unforgivable given that there is a superb fish market, a stone’s throw away, where you can get fresh fish straight off the boat and at ridiculously low prices, Also if you ask them kindly they will clean up the fish for you..