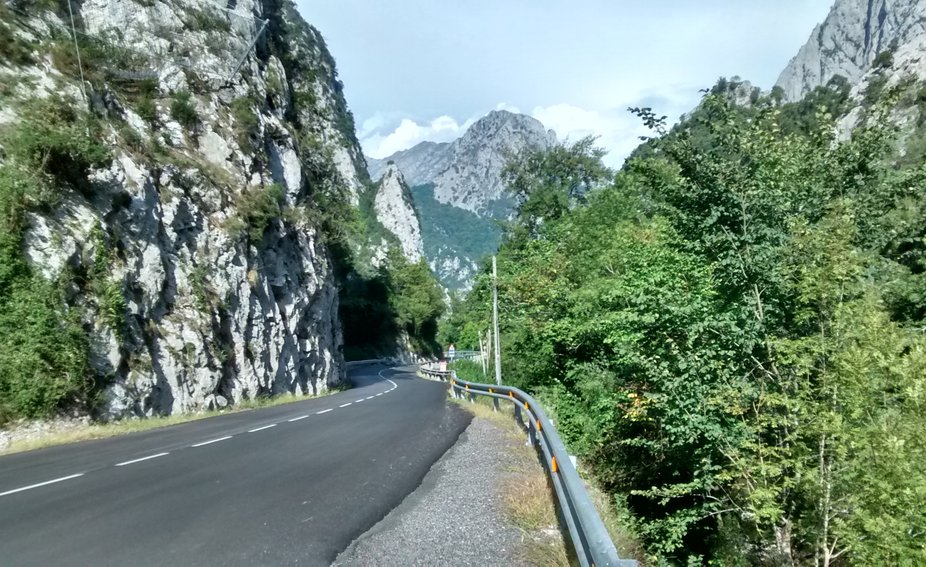 There are a couple of campsites  on the Fuente De road just outside of the town and both operate the ACSI discount scheme. We stayed at La Viorna, which is about a mile out of town and it has excellent facilities, with its pitches set out on terraces and choose your pitch carefully and you will enjoy magnificent views of the Picos. 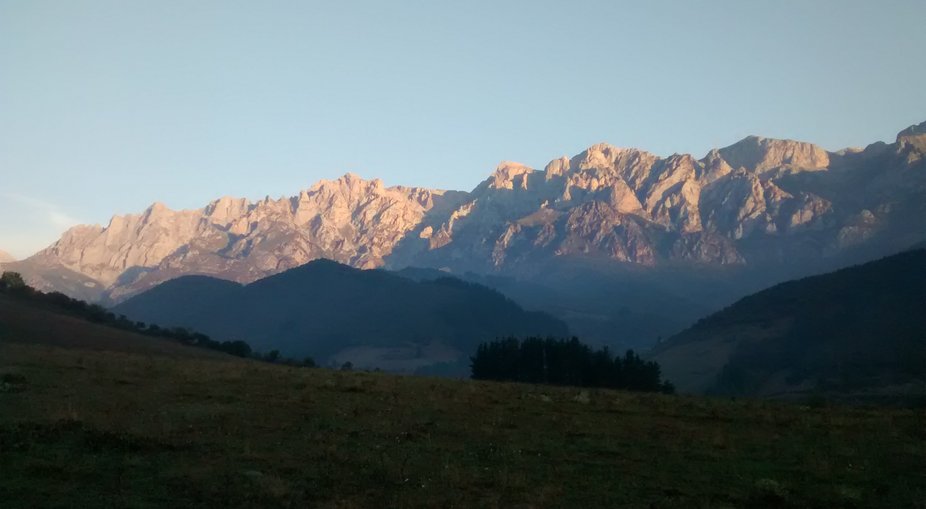 This is a family run business and they could not be more helpful, there is a motor home service point, restaurant and swimming pool.

The other site, which has the advantage that it is closer to the maim road, but slightly further out is:

Potes is a very attractive town at the gateway of the eastern Picos and much of it has been sympathetically restored, after damage in the Spanish Civil War. Hardly surprising this town is heavily geared to the tourist trade and does suffer from heavy traffic but it does also have a number of good eateries and bars. 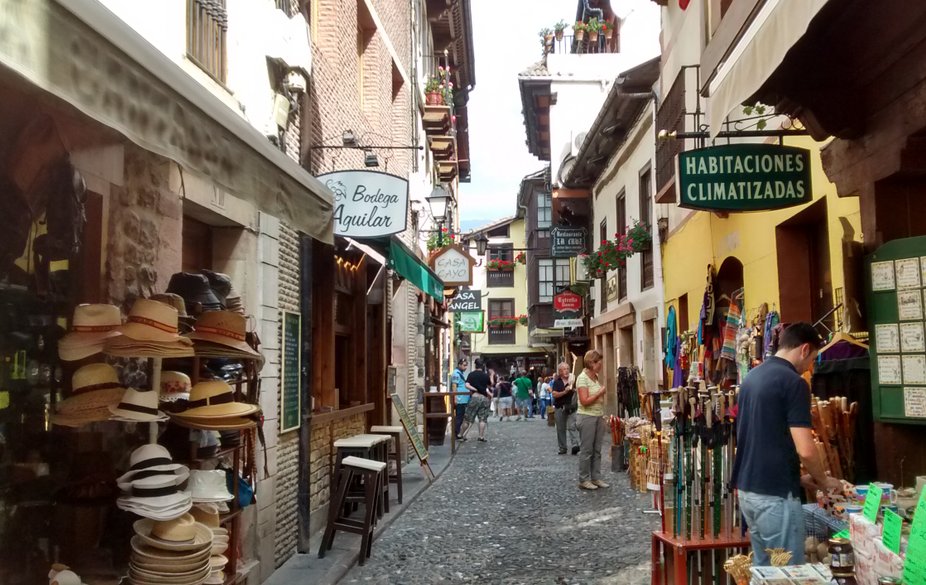 Fuenta De is an easy drive from the campsite and there is a large  free car park but it is a good idea to arrive early, particularly in peak times when the cable car, which climbs 900 metres,  can get extremely busy. The cost is 16 euros each way.

When we arrived, the car park was eerily quiet and after a quick chat with the very helpful lady in the small information kiosk in the car park, the reason rapidly became apparent, the cable car was not working and there was no prospect that it would be in operation that day.

After talking to her we decided to make the ascent, crossing the field to the base of the cliff, which does at first sight seem to be impenetrable, but there is a clear path upwards. At the junction where the path leads right, rather than going left, we had the good fortune to meet a guided group and though we were a bit cheeky in asking his advice, he was extremely helpful and showed us the map of the route he was taking.

We decided to take the path to the right, which is clearly defined but gradually gets more challenging, but suffice to say it is a steep climb, with the section under the cable car cables particularly demanding, when you are virtually literally climbing as you complete the last small section to the cable car station.

Would we do it again, that is a two hour climb or a ten minute cable car ride? The answer is a resounding ‘yes’ as the views were outstanding and there was a big plus; because the cable car was not operating, there were not the normal hordes of people that would have been at the top. We have, however, been reliably informed that in these cases most people only get far as the restaurants.

The contrast between the climb up and the ‘summit’ could not be greater as once you reach the top, it appears that you are in a  vast crater and hereon the walking is relatively sedate.

Once you leave the cable car, take the gravel track that leads away from it and keep going right, into the ‘crater’ on a gravel road. You will see a building at the bottom, do not keep following the track to this building, instead take the path to the right which leads to the cafeteria. This is a good spot for lunch or a drink.

You go through the complex and head downwards, bearing right, the route is well signposted. You can follow the gravel track all the way down and when you reach ‘gates’ at the end, there is a path,on your right, well signposted, route no 24, with yellow/white markers, which will lead you all the way back to Fuente De. This is the third part of your route, with another marked contrast, as you walk through trees but still  with good views.

It should take you about 3 hours for the descent.

There is a campsite at Fuente De but I was too tired to walk up and fully check it out. I am guessing it is for tents only.

Potes was the base for  our second trekking trip, on our motor home tour of the Picos and Fuente De was the main attraction.

Access from Covadonga was via the Desfiladero de Hermida and having heard stories that this was a narrow gorge, I was initially nervous of driving this stretch but this turned out to be a needless worry. I must be getting old. In places it is narrow and there are a few points where you have to be aware of overhanging rocks, which jut out, which as my motor home is low profile was not a problem. In September it was not very busy and as  always if you take your time there will not be any problems and in any case you will not want to rush, as the views are stunning. There are a few places to stop where you can take a bit more time to soak up the views and allow any traffic to pass.