This site is an excellent advocate of what is the very best of the camping and caravanning club  and thoroughly deserves its excellent reviews.

The cycle rides here are based on the Kennet & Avon canal which is literally less than 250 metres from the campsite entrance and as it is a canal, the good news is that this is all on the flat, with exception of the gentle climb on the Caen locks.

The celebrated Caen locks are on this section of the canal and in our opinion are best appreciated on foot.

The main flight is of 16 locks but in total there are 29 locks before you reach Devizes and they were not fully restored until the late 1980's. The locks take up to 6 hours to navigate and must be a badge of honour for all canal boat enthusiasts.

I confess here to a pure session of jingoism, when I boasted to a Dutchman, on the Canal du Midi ,at the Neuf Ecluses (a series of 9 locks on this canal, though technically I do not think there are actually 9 now) that we had a canal with a series of 16 locks.

There is a quaint tearoom at the top of the locks and there is also an excellent canal museum when you arrive at Devizes wharf ,and refreshments are available here. Devizes itself is a pleasant market town.

A round trip of about 12 miles, allowing for exploring

In the other direction from the campsite you can go to Bradford on Avon.

It is possible to cycle into Bath which is a good round trip of about 40 miles.

We did this for the first time in February and we were losing light at the end of the cycle.

There are some excellent canalside pubs on the way.

Bradford on Avon is a gem.

It dates back to Saxon times  and is well worth exploring, it is delightful.

The tithe barn close to the canal is stunning and dates back to the mid 14th century, look up to the massive timbered roof, it is awesome.

The Saxon church of St Laurence dates from the early11th century and is one of the most complete examples of its kind, it is truly atmospheric.

Past Bradford on Avon for a couple of miles and you come to the  Avoncliff Aqueduct,  (refreshments available)

This section from the acqueduct and to the next acqueduct, at Dundas, in our minds, is one of the most beautiful stretches of the canal, as it follows the Avon, with the river nestling in the valley, below the canal.

It is difficult not to wax lyrical about this canal, particularly given that it was derelict until relatively recently, being opened officially by the Queen in1990.

The Dundas Aqueduct is a truly remarkable edifice particularly given its beauty, no functional engineering here.

Though you may find the cycle to Bath too far, the trip to the Dundas acqueduct is very doable in a day.. 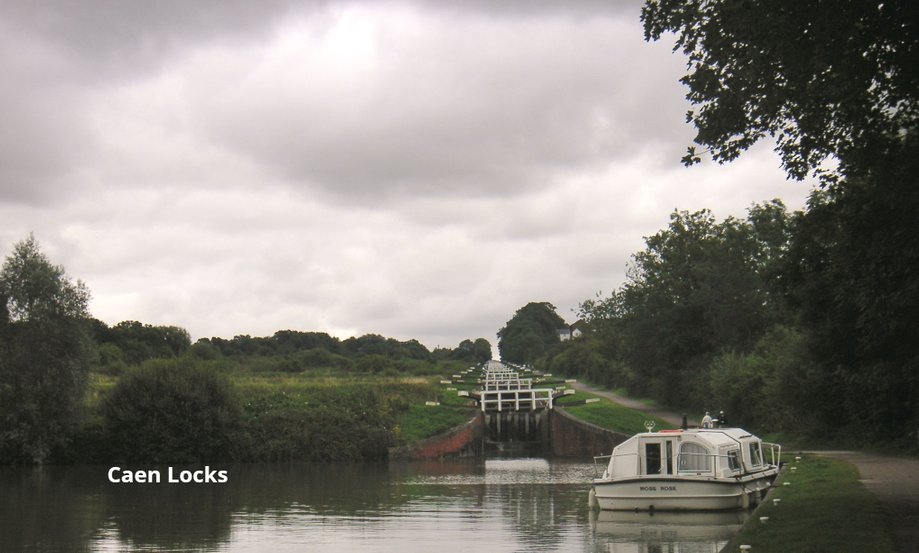