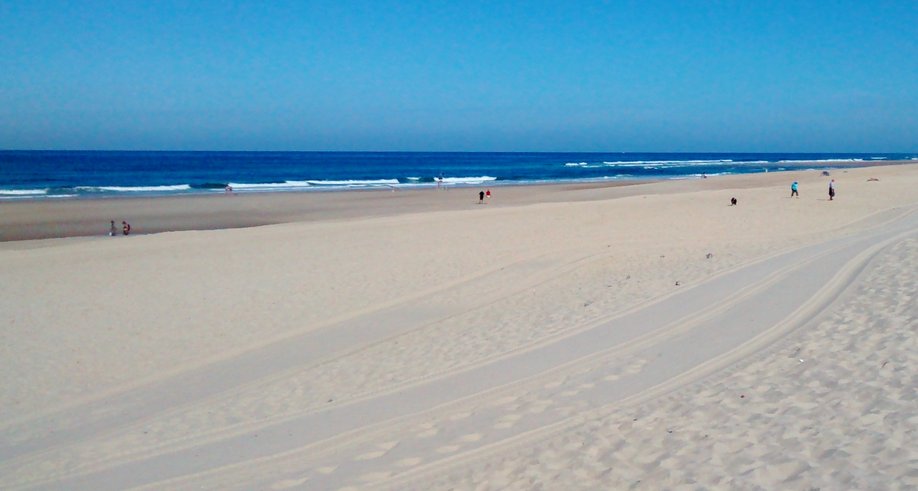 We stayed at Club Marina Landes which is a massive site with nearly 600 pitches but on our visit at the end of September there were only 10 tourers so perhaps my judgement is clouded but this was a super site. The sanitary facilities were modern and well equipped and this swimming pool was ours and we even played crazy golf.

It was an ACSI site and the book said it was closing on the 20th September but in fact it was open a week longer.

Tip I have made the point before but avoid arriving at lunchtime, if there are barriers you will spend a couple of hours sitting outside the site. We were fortunate as we made it just before reception was leaving, so she kindly raised the barriers and let us go and find a pitch and then book in later. Though in reality I chose an area rather than a pitch. This relaxed approach is one of the things I like about French sites or perhaps my view is clouded by the slightly more rigid approach of the Camping Clubs in the UK.

Tip The campsite is situated in  pine trees, so watch the resin dripping off the trees, not a lot you can do about on your trip but need to remove it asap when you get home.

There are a couple of aires, one near the beach and though there are sanitary facilities, we could not find the attraction of paying 12/13 euros to sit in a car park, where for 16 euros we had a whole section of the campsite and good sanitary facilities. 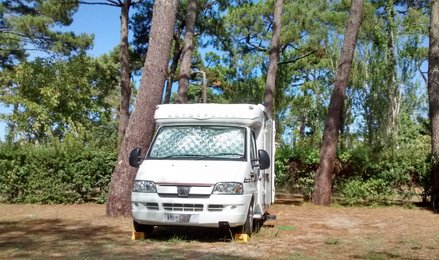 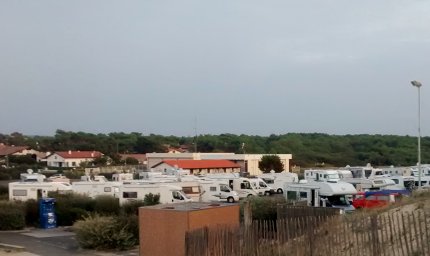 The other aire is near the village of Contis and though the same price, this being set in the pine forest, had a more open feel to it and seemed less crowded.

The bike ride to Contis, a 21 mile round trip, which resembles an old wild west town is a very pleasant 21 mile round trip, through typical Landes landscape of dunes and pine forests, which seemed more open than conifer plantations in the UK and provided a more diverse landscape and consequently more wildlife friendly. 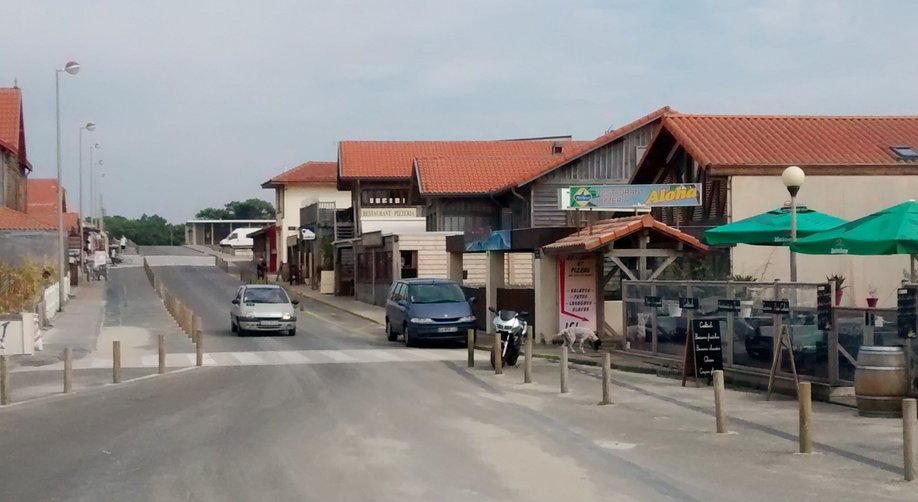 Refreshments are available at Contis but we did not check out any restaurants as we had made an afternoon trip. Diversions to the beaches are necessary and there are plenty of opportunities.

Lac D’Aureilhan is a pleasant 14 mile round trip and you can include some of the local villages, it is just a case of where your fancy takes you.

There is a beautiful Promenade Fleurie, though only short is well worth the effort.

Enhanced shopping facilities can be found at Mimizan Town though we found everything we wanted in Mimizan Plage, there is a supermarket, though it was more limited, it was probably destocking as the season was coming to a close.

Tip It is worth picking up a cycling map from the tourist office though to call it a map probably contravenes the French equivalent of the trade descriptions act but at 1 euro it is not going to break the bank and it gives you an overview of the area. 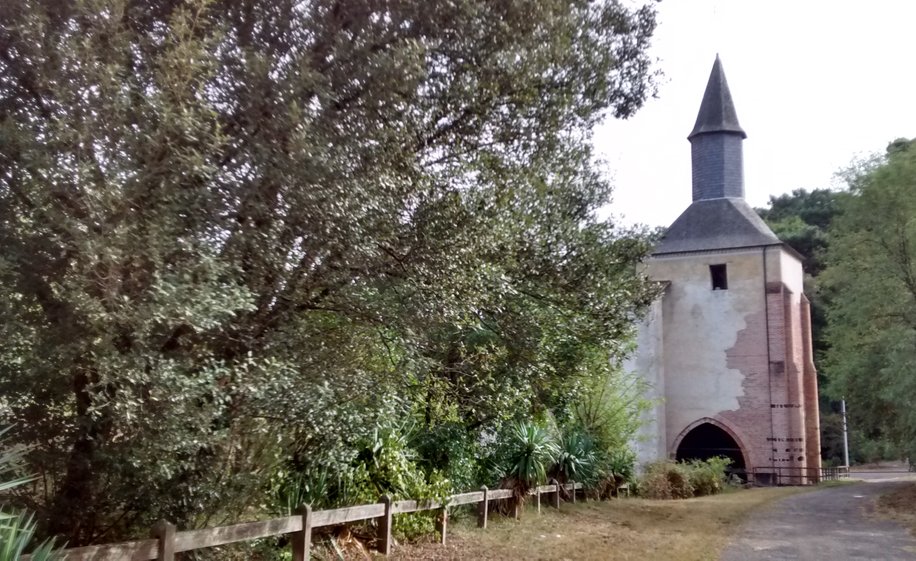 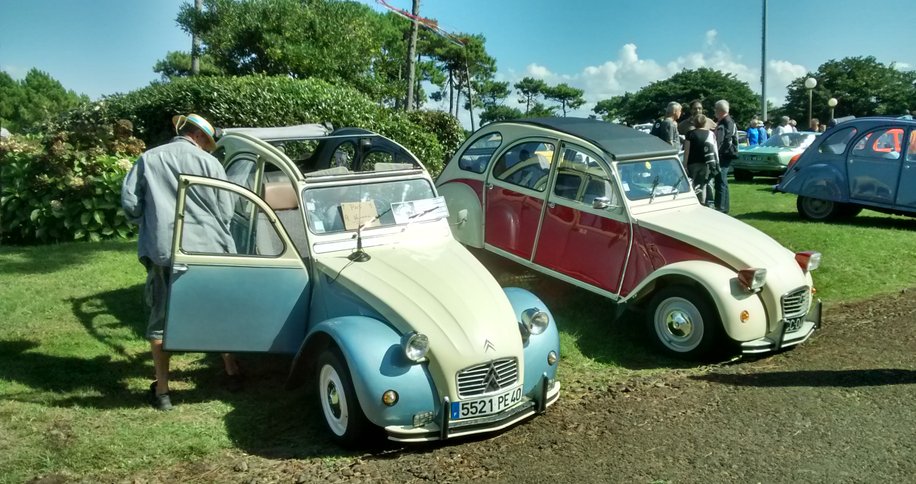 La Vélodyssée  leads you to Biscarosse, some 22 miles in the other direction though a reasonable amount of the route follows the road.

St Eulalie en Born, which is a pleasant enough village is about 5 miles in the direction of Biscarosse, Parentis en Born a little further on at about 10 miles.

Whilst at Mimizan there was the added bonus of a classic car and motorcycle show with all the razzmatazz associated with a French fête with cheap food and wine, with music thrown in. The 2CV’s were of particular interest as I nearly bought one of these in my youth and it is nice to know that we are now both classics.

We were now definitely in Les Landes proper, the starting point is probably Hossegor, and the expanse of pine forests and sand dunes reaches to the Gironde estuary. Les Landes is a huge reclaimed area with the pine trees instrumental in this reclamation. Historically it was an area of sheep and shepherds on stilts in the wetland areas but now it is an area of forests, sand dunes and lakes and it seems huge numbers of campsites and of course the endless beaches. Unsurprisingly timber is one of the major industries in the area in this vast cultivated forest with tourism closely behind. One of the by products of these forests are a huge number of cycle routes.